For millennia, the Tree of Life has proven to be most intriguing for Bible students. Like it is with many subjects in scripture, one passage or statement stands out and serves as the foundation upon which an entire doctrinal position has been developed. Unfortunately, this limited focus has created numerous contradictions once the entirety of the scriptural teaching is considered. The student should reflect upon all scripture references before building a doctrinal position on any subject. This study will do just that—consider all ten specific references to the phrase “Tree of life.” 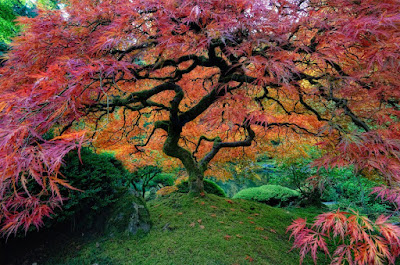 These references are strategically spread between three Bible books—Genesis, Proverbs, and Revelation. The Bible also contains some other indirect references that will be considered. The first book of the Bible—Genesis—introduces the Tree of Life and chronicles how quickly its access was lost. The last book of the Bible—Revelation—reveals a renewed access to the Tree of Life in the New Jerusalem. In the book of Proverbs, the Tree of Life is associated practically to wisdom, the fruit of the righteous, arrival of desire, and a wholesome tongue. While the references in Proverbs may seem insignificant compared to Genesis and Revelation, they actually serve as wonderful proofs of the Tree of Life’s true scriptural teachings.

As alluded to previously, it is unwise to develop one’s perspective of a doctrinal truth based upon a single verse or phrase. Sadly, cults use this method to draw followers, convincing innocent souls that their cult has a monopoly upon the truth. Yet, when every passage on a particular subject is considered, false interpretations are thwarted, and God is glorified. Unfortunately, this unscriptural method of teaching is common, even amongst Bible-believers. The teaching concerning the Tree of Life is a prime example of unwarranted methods creating unsavory results.

The lone phrase driving most men’s understanding of the Tree of Life is found in Genesis 3:22. The purpose of the passage was to express why Adam and Eve were kicked out of the Garden in Eden and the additional danger they faced once they had sinned. God’s great concern was that the first couple would “take also of the tree of life, and eat, and live for ever.” As we shall see, despite popular opinion, a single taste from the Tree of Life did not grant everlasting physical life, nor did eating of the Tree of Life grant Life Eternal.

One would think in their sinless state that Adam and Eve had no need of the Tree of Life. After all, the inaccurate thought is that aging is a direct result of sin, because death entered the world by sin (Romans 5:12). However, BEFORE the fall of man, Adam and Eve were welcome to eat of every tree, save one: “the LORD God commanded the man, saying, Of every tree of the garden thou mayest freely eat: But of the tree of the knowledge of good and evil, thou shalt not eat of it” (Genesis 2:16-17).

The Beginning and the End

Christians have a tendency to be shortsighted in their application of scripture. This is especially true concerning Bible prophecy. To clarify, we often account for the immediate application but fail to account for the overarching prophetic application. For instance, the average Bible student reads the next passage and assumes the extent of Christ’s mission involved rescuing lost souls from Hell.

Luke 19:10 For the Son of man is come to seek and to save that which was lost.

A more thorough Bible study indicates that Christ came “to seek and to save THAT WHICH was lost.” While this would certainly include the saving of souls, the truth is not limited to a salvific application. After all, Adam lost much more than his personal fellowship with God when he surrendered to sin in the garden. Thus, the work accomplished by Christ’s coming was not limited to the redemption of souls. In fact, everything that Adam lost in the garden in Eden, Christ won back in a garden (John 19:41). Remarkably, this includes a future renewed access to the Tree of Life in the New Jerusalem.

Many Old Testament features are representative of things in the future. For instance, the furniture designs given to Moses were intended to be representative of a greater design found in Heaven. The paradise in Eden, at least in part, resembled a greater paradise in the Lord’s dwelling place. As such, the correlation between the Tree of Life found in Genesis and in Revelation is by divine design. This correlation is best seen when considering three details: (1) the centrality of location, (2) the purpose of the produce, and (3) the permission to the Tree.

The details concerning the Tree of Life are provided to help correlate man’s past (Genesis) with man’s future (Revelation). Like Genesis, Revelation mentions the Tree of Life three times, yet Revelation points to the New Jerusalem as the Tree’s location. The Genesis account reflects the loss of man’s access to the Tree of Life while the account in the book of Revelation exhibits the fruit of Christ’s victory on Calvary—a renewed access to the Tree. As has been stated already, everything that Adam lost in paradise will be restored by “the last Adam” (1 Corinthians 15:45), which is Christ Jesus, our Lord.

The Revelation passages offer great insights into the Tree of Life while also introducing some profound controversy. In eternity future, according to Revelation 22:2, the purpose of the Tree of Life will be “for the HEALING of the nations.” Since man assumes that physical healing in the future is completely unnecessary, what does this healing entail? The referenced people already have eternal life (Matthew 25:46) and yet God provides them with a Tree that continually bears fruit whose leaves offer physical healing. Sounds a bit like a conundrum.

Like it was in the garden where Adam and Eve had natural bodies, the nations enter the Millennial Kingdom and eventually the New Jerusalem in natural bodies. Although they have eternal life of the soul, their bodies will require the Tree of Life for physical preservation. Unlike the garden in Eden, there is no indication of a Tree of Knowledge of Good and Evil for a repeat of the garden tragedy.

If these simple truths do not arrest one’s curiosity, consider the trees referenced in the book of Ezekiel—specifically chapters 40 through 47. These chapters describe a future temple and a future temple worship. This temple description is larger and grander than any previous temple, including that of Solomon’s temple. The context also mentions the “many trees” at the bank of the river.

Ezekiel 47:7 Now when I had returned, behold, at the bank of the river were very many trees on the one side and on the other.

Ezekiel 47:12 And by the river upon the bank thereof, on this side and on that side, shall grow all trees for meat, whose leaf shall not fade, neither shall the fruit thereof be consumed: it shall bring forth new fruit according to his months, because their waters they issued out of the sanctuary: and the fruit thereof shall be for meat, and the leaf thereof for medicine.

The timing can be further pinpointed as the Millennial Kingdom by considering that strangers are mentioned enjoying an inheritance AMONG the Jews.

Ezekiel 47:22 And it shall come to pass, that ye shall divide it by lot for an inheritance unto you, and to the strangers that sojourn among you, which shall beget children among you: and they shall be unto you as born in the country among the children of Israel; they shall have inheritance with you among the tribes of Israel.

The strangers who live among the Jews will receive an inheritance based upon which tribe they reside alongside. Yet, the narrative also mentions the performance of sin offerings.

During this Millennial Kingdom, the Bible identifies a river gushing forth from under the temple altar that flows to the Dead Sea bringing life to this body of water. Additionally, it mentions trees, like that found in Revelation. “At the bank of the river were very many trees on the one side and on the other” (Ezekiel 47:7). The wording uniquely foreshadows the scene of Revelation 22:2 where the Tree of Life grows on “either side of the river.”

Also, peculiarly similar is the fact that the trees of the Kingdom “grow … for meat, whose leaf shall not fade, neither shall the fruit thereof be consumed [or exhausted].” Furthermore, the leaves of these trees are “for medicine.” The book of Revelation says of the Tree of Life: “shall bring forth new fruit according to his months” with “which bare twelve manner of fruits, and yielded her fruit every month” (Revelation 22:2). In both cases, the leaves were for healing (or medicine) with the purpose of sustaining PHYSICAL LIFE. So long as the nations eat of the tree’s produce (like in the garden with Adam and Eve), they would live forever.

Posted by dougstauffer.com at 9:08 AM