Will the Church Face the Antichrist? 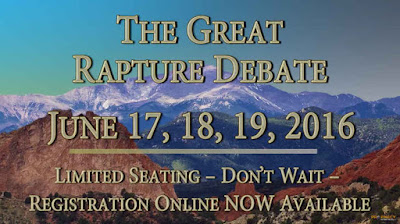 Doug Stauffer and Joe Schimmel will partake in “The Great Rapture Debate” mediated by Douglas Woodward.