To Debate or Not to Debate? 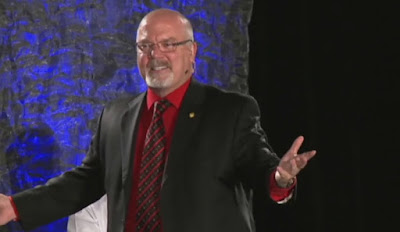 Those who know my doctrinal position were surprised to hear that I had agreed to be a participant in this "Great Rapture Debate." Here is a little background for those wondering why I "debated."

On August 26th, 2015, my pastor and I flew to Pensacola to meet with Kent Hovind (Dr Dino) because of his new jailhouse conversion to what we believed to be an unscriptural and dangerous post-tribulation rapture position. Four times during the second day of discussions, he directly challenged me to debate and only after that final challenge did I state that I would pray about it. So I prayed!

Well, God gave me peace about accepting Bro. Hovind’s challenge and the wheels were set in motion. I called him and told him that the venue, date, time and details were set for almost a year away, if he was still agreeable. After a few more phone calls, he then backed out of his challenge to debate stating that he was not interested in traveling that much because of his grandchildren and because of his large internet following which was much more convenient.

Interestingly, several of these final phone calls took place when he was on the road for two weeks throughout the northeastern states—traveling throughout PA, OH, etc. Since the ball was already set in motion, it was decided to find a replacement and Joe Schimmel's  new DVD on his post-tribulation position was on the rise. The moderator called Joe and he anxiously agreed to participate and the next day we had a three-way conference call setting the parameters.

Note: Since Kent Hovind and Joe Schimmel were influencing so many others, I felt it was important to defend what I believed to be the biblical position against such worthy and influential opponents. I am sure others will come out of the woodwork with challenges but most of those who do so are of dubious character and are more interested in fighting rather than publishing and defending the truths of God’s word.

Because of the format, during my pre-tribulation “presentations,” I very rarely responded to my opponent even when he addressed me directly. This public dialog from two opposing sides was not about ME or a defense of what I believe (or believed in the past) but about God’s word and God’s truths. That is where I tried to keep my focus and that of the audience. For this reason, I did not spend time quoting people that agreed with me or quoting those who disagreed with my pre-tribulation position. They too are not the issue!

In addition, I avoided attempting to convince the audience to take sides during the debate, thus when I heard an “amen” I quickly drowned it out rather than giving the audience the opportunity to join in with a chorus of “amens” if they were so inclined. Having said that, this is my problem with most historical debates where each opponent simply attempts to WIN at any cost (much like the lying that goes on during political debates)! I will have nothing to do with such carnal atrocities.

Are Debates God-glorying or Self-seeking?

I firmly believe in answering people’s questions and the Bible commands that we do so; however, debates have a tendency of being truth defying and resultantly unscriptural. Here is the scriptural method of presenting the truth which involves answering questions.

1 Peter 3:15 But sanctify the Lord God in your hearts: and be ready always to give an answer to every man that asketh you a reason of the hope that is in you with meekness and fear:

Peter admonishes believers to be ready to answer questions but with meekness and fear. I have never witnessed the right type of humble sprit and attitude in any public debate. The debate always degenerated into a win the audience at any cost. The key to the whole matter of expressing truths is “what saith the scripture” specifically concerning debates. The Bible offers a clear, definitive, irrefutable position concerning debating. Debate(s) is found five times in scripture; here are the four relevant passages from the Old and New Testaments.

Proverbs 25:9 Debate thy cause with thy neighbour himself; and discover not a secret to another:

Isaiah 58:1 Cry aloud, spare not, lift up thy voice like a trumpet, and shew my people their transgression, and the house of Jacob their sins. …. 4 Behold, ye fast for strife and debate, and to smite with the fist of wickedness: ye shall not fast as ye do this day, to make your voice to be heard on high.

Romans 1:28 And even as they did not like to retain God in their knowledge, God gave them over to a reprobate mind, to do those things which are not convenient; 29 Being filled with all unrighteousness, fornication, wickedness, covetousness, maliciousness; full of envy, murder, debate, deceit, malignity; whisperers, 30 Backbiters, haters of God, despiteful, proud, boasters, inventors of evil things, disobedient to parents, 31 Without understanding, covenantbreakers, without natural affection, implacable, unmerciful: 32 Who knowing the judgment of God, that they which commit such things are worthy of death, not only do the same, but have pleasure in them that do them.

2 Corinthians 12:20 For I fear, lest, when I come, I shall not find you such as I would, and that I shall be found unto you such as ye would not: lest there be debates, envyings, wraths, strifes, backbitings, whisperings, swellings, tumults:


Anyone calling a debate a God-glorying activity or somehow commanded of God is completely ignorant of God’s word or wants to use an unscriptural medium to make a name for himself. Take note of one of the primary purposes of those who wanted to build the Tower of Babel.

Genesis 11:4 And they said, Go to, let us build us a city and a tower, whose top may reach unto heaven; and let us make us a name, lest we be scattered abroad upon the face of the whole earth.

These Babel-builders wanted to make a name for themselves (or have a larger viewing audience) by reaching God their own way. They certainly were not truth-lovers or truth seekers. Debates are unscriptural, ungodly and unnecessary. Debates focus on winning the audience rather than glorifying God. The name, “The Great Rapture Debate” was not chosen by me but I did not force my definition upon the naming of such an event. Would “The Great Opposing Answers Deliberation” have been as well received or understood? I think not, thus I agreed to use the terminology that today’s society would understand. If the format was instead focused upon matching wits amongst the participants, I would never have agreed to such a venue. 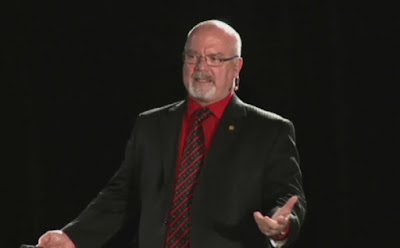 Furthermore, I believe my opponent, Joe Schimmel, to be a man of great integrity greatly used in the Lord’s work to especially expose Hollywood. I may vehemently disagree with him concerning his particular position on the timing of the Rapture but this is only one segment of his overall work for the Lord. He has done some great things for the glory of God and I pray that God will continue to use him. I told him as much after the debate while we were still on stage shaking hands behind the moderator.

“The Great Rapture Debate” will be available in DVD but can also be purchased to view for two more months through Prophecy in the News. I do not receive nor do I want any remuneration if you decide to purchase the Live Stream package so it is not about "making money."
Posted by dougstauffer.com at 12:50 PM