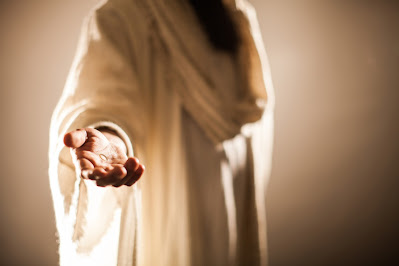 Societal changes seem to be taking place at the speed of light. With these changing times, more churches must adapt their approach or risk becoming irrelevant. Christians must consider ways to think outside the box. Every believer and pastor must evangelize outside their comfort zones. One of the biggest problems with the 21st Century pastorate concerns the Christian view of how a pastor interacts with the masses. We must expect sinners to talk and act like sinners!

Every believer (especially pastors) must figure out how to reach the unreachable; and approach the unapproachable. Relationships must be built in loving compassion before calamity hits! Believers must use every opportunity to build these relationships, knowing that most of them involve the less-thankful tasks of planting and watering. Pastor Jim Vail wrote such a story of relationship building.

Pastor Vail wrote: “Rock was a big-time biker who had developed cancer. I went to visit and befriend him. He was friendly and welcoming but would say cringe-worthy things! After a few visits, it seemed apparent that talking about Christ was not something he welcomed. Determined to befriend him, I visited him almost weekly, enduring his often foul language and ideas of life and death.

His declining health became evident by his weight loss and his turning yellow from liver failure. One day I said, “Rock, I know you don’t want to hear about Jesus Christ, but soon you may no longer be alert and oriented. If you change your mind about Him, you will need to know and understand how to be forgiven by God of all your sins and how to know that you have eternal life! If I promise not to pressure you into anything, can I give you the knowledge of how to become right with the Lord?” He agreed.

I sat next to him with my Bible and asked him to read and explain selected passages about sin, God’s justice, and Hell. He explained them fairly well. Suddenly, in shock, he gasped: “I’m in trouble! I’m going to Hell!” I then had him read about the deity of Jesus Christ, His sacrificial death on the cross, His resurrection from the dead, and promises of eternal life to those who repent of their sins by trusting in Jesus Christ.

Suddenly, he burst into tears as he exclaimed that he had never heard or understood this before! “I want Jesus Christ for me…NOW! Can I ask Him to forgive me right now? I want Him to be MY Saviour!”  As I held his hand, he poured his heart out to the Lord, sobbing the whole time. Afterwards, he had me promise to conduct his funeral and tell this good news to all attending.

The following day, his wife phoned my office. “Rock is a new man! He is cheerful, sweet, and loving…and all he wants to do is talk about Jesus and pray together! Thank you!” I went to see Rock almost every day and grew to love him as a dear brother. His mind never lost its alertness. We would study, pray, and cry together tears of joy. A few weeks later, Rock called his family to his bedside and said, “Let’s pray together!”

They each prayed, and then Rock prayed. Then he smiled, closed his eyes and went to be with his beloved Saviour. A few days later, I kept my promise to my dear friend and told a packed crowd what Jesus Christ had done for Rock and what He could do for them!

Will you ask God if He wants you to explore new avenues of reaching the unreachable by approaching the unapproachable? 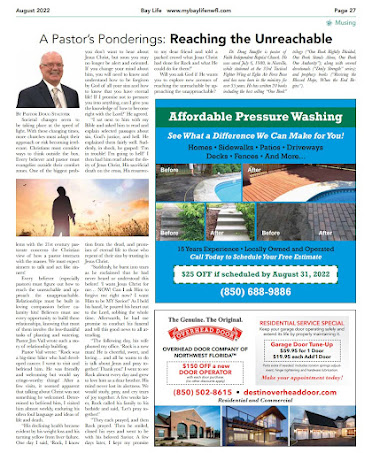 Posted by dougstauffer.com at 10:29 AM

that was amazing! im so glad God could reach him through you, what an honor
i am wondering if you could do a series on Catholicism and debunk it's beliefs by explaining things from their point of view. so many pastors misinterpreted the Catholics and immediately turn them off to the gospel, i believe a topic on Catholicism would be beneficial to Christ's ministry, thank you again for your work.

Within your quote, you may Bunny Hats also|you can even} modify quantity and materials and see price changes in real-time. Download this guide to discover the processes concerned in creating sheet metallic parts together with how to to|tips on how to} design common features and choose the right materials. Depending on the complexity of the object to be produced, 3D printing uses sorts of|several types of|various sorts of} help structures maintain up} half geometry. Two of the most common are a flat lattice construction and a tree-like help construction. 3D printing has all the time been a distinct segment market, with quantity of} prime 3D printing stocks dominating. That stated, the industry is rising rapidly — so much in order that it's anticipated to be price over US$83.9 billion by 2029.