Excerpt from the Introduction to One Book Rightly Divided: Prophetic Edition 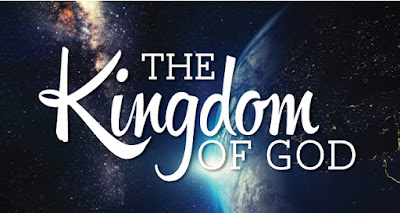 Sometimes long held dogmatic assertions, although erroneous, are the most problematic to overcome. The teaching concerning the Kingdom of Heaven and the Kingdom of God has baffled dedicated students of the Bible for decades. Here are two of the most widely held definitions.

A.    Definition for the Kingdom of Heaven: the earthy, physical, visible, Jewish, Messianic kingdom promised to Israel both in the past and future. This kingdom will be consummated upon the earth on the Day of the Lord.

The book of Daniel among many others foretold of this kingdom.

Daniel 2:44 And in the days of these kings shall the God of heaven set up a kingdom, which shall never be destroyed: and the kingdom shall not be left to other people, but it shall break in pieces and consume all these kingdoms, and it shall stand for ever.

B.     Definition for the Kingdom of God: the spiritual and moral kingdom that cannot be seen because this kingdom is within believers. The spiritual elements are righteousness, peace, and joy in the Holy Ghost.

The books of Luke and Romans define this kingdom.

Romans 14:17 For the kingdom of God is not meat and drink; but righteousness, and peace, and joy in the Holy Ghost.

The following seven proof texts teach that people receive the Kingdom of God and go into it, see it, sit down in it, drink and eat in it, and inherit it—hardly something limited to a spiritual kingdom.

1.      People will Receive the Kingdom of God and Enter Therein

Luke 18:17 Verily I say unto you, Whosoever shall not receive the kingdom of God as a little child shall in no wise enter therein.

Matthew 21:31 Whether of them twain did the will of his father? They say unto him, The first. Jesus saith unto them, Verily I say unto you, That the publicans and the harlots go into the kingdom of God before you.
3.      People will See the Kingdom of God

Luke 9:27 But I tell you of a truth, there be some standing here, which shall not taste of death, till they see the kingdom of God.

5.      People will Drink of the Fruit of the Vine in the Kingdom of God

Mark 14:25 Verily I say unto you, I will drink no more of the fruit of the vine, until that day that I drink it new in the kingdom of God.

Luke 22:18 For I say unto you, I will not drink of the fruit of the vine, until the kingdom of God shall come.

6.      People will Eat Bread and the Passover in the Kingdom of God

Luke 14:15 And when one of them that sat at meat with him heard these things, he said unto him, Blessed is he that shall eat bread in the kingdom of God.

Luke 22:15 And he said unto them, With desire I have desired to eat this passover with you before I suffer: 16 For I say unto you, I will not any more eat thereof, until it be fulfilled in the kingdom of God.

Galatians 5:21 Envyings, murders, drunkenness, revellings, and such like: of the which I tell you before, as I have also told you in time past, that they which do such things shall not inherit the kingdom of God.


The controversy surrounding this teaching and the vitriol spewed toward those who take differing positions are indicative of the problem with all Bible teaching—including dispensational teachings. If truths were easily grasped by all, there would be no controversy; and we would all probably build one tower of babel, thinking that our understanding of truth was something pleasing to God. Yet, maybe it is the Lord that finds it necessary to scatter us so that no individual has a corner on the truth or gets placed upon the pedestal.

The Kingdom of Heaven versus Kingdom of God is one of the controversies that we hope we can help the body of Christ grasp by offering some semblance of reasonableness in this book.
Posted by dougstauffer.com at 9:17 AM